I come across a lot of React-Redux apps where components, action creators, selectors, and reducers are tested as separate units. Does this sound familiar? It shouldn’t come as a surprise that a lot of teams follow this approach since it’s what’s described in the Redux docs. But, there’s a better way…

In this post, I’ll show you why the standard approach for testing React-Redux apps is insufficient and makes refactoring more difficult. I’ll also show you an easier way to test your app that will catch more bugs and make refactoring a breeze.

So what’s the problem with testing components, action creators, selectors, and reducers separately?

First, testing these elements in isolation doesn’t guarantee that they will work together. For example, a unit test for an action creator asserts that an action is created but doesn’t verify that the action is ever dispatched. Similarly, a unit test for a reducer asserts that a new state is returned for a given action but doesn’t verify that the component UI is updated to reflect the new state. There’s a disconnect. 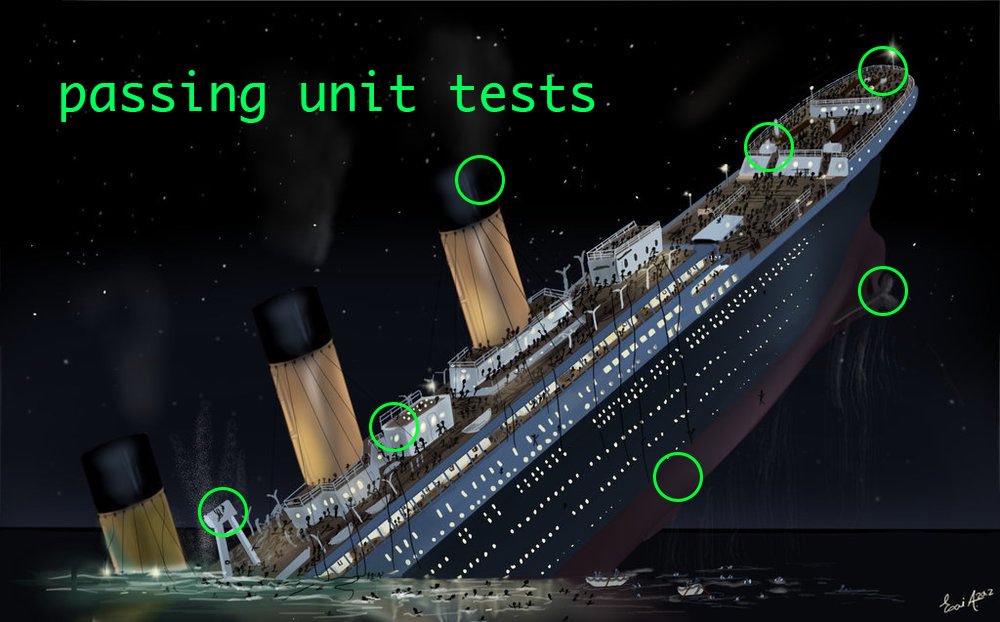 Second, because these tests require you to mock other parts of the system, you lose confidence in the integration between what you’re testing and the dependency being mocked. For instance, the Redux docs recommend using redux-mock-store to test async action creators. A mock store looks like a real Redux store, but unlike a real store, its state is completely static. It allows you to verify that certain actions are dispatched but there’s no telling how those actions will transform the state of your application when a real store is used.

Finally, these tests are so granular that it makes refactoring very difficult. A small change to the code in one of these elements often requires the tests to be updated. This slows down development and increases the chance of introducing new bugs.

This is an example of what I call testing the atoms in your application. Knowing that these tiny chunks of code work in isolation is great, but if you want to be confident that they work together, you should be testing the molecules.

Components, action creators, selectors, and reducers are like atoms that when combined create a connected component molecule. By testing a molecule you can verify the connections between its atoms.

The component in this example renders a button element that increments a counter when clicked.

OK, let’s break this down.

More importantly, this test verifies the connections between atoms. For example, the test breaks if the component’s onClick prop is not mapped to the incrementCounter action creator or if the reducer fails to handle the INCREMENT_COUNTER action.

Next, notice that this test uses a real Redux store instead of redux-mock-store. Using a real Redux store effectively closes the loop between UI event (input) and UI update (output). In other words, you can fire an event (click, keypress, etc.) then assert that the UI is updated to reflect some new state. With a mock store, you can only assert that actions are dispatched.

Why does this matter? Since this test isn’t concerned with how the UI is updated, you can easily refactor the atoms without breaking the test. The elements inside the connected component (its reducer, action creator, etc.) are just implementation details.

Many people assume integration tests are necessarily broad in scope, while they can be more effectively done with a narrower scope.

Write tests. Not too many. Mostly integration.

There are plenty of scenarios where unit tests make sense (shared libraries, TDD, etc.) but for testing the overall behaviour of your application, integration tests are more likely to catch problems.

For unit and integration tests, I like react-testing-library because its guiding principles encourage a black box testing approach. By following this method, you can easily refactor your code without breaking your tests. In contrast, Enzyme has methods like setState and state that might tempt you to test a component’s implementation details. Doing so makes refactoring more difficult.